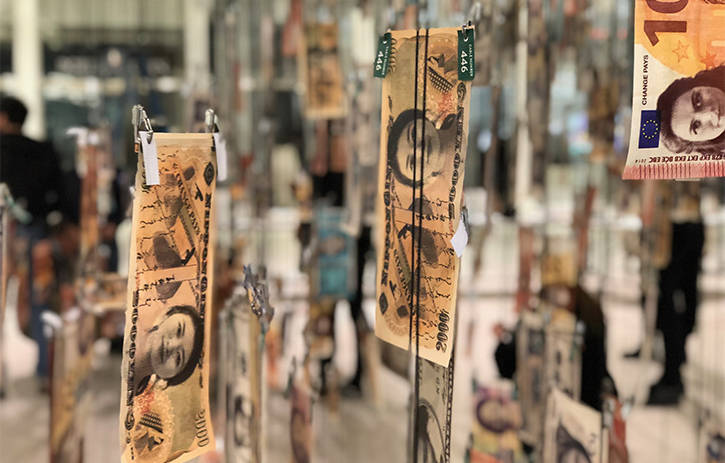 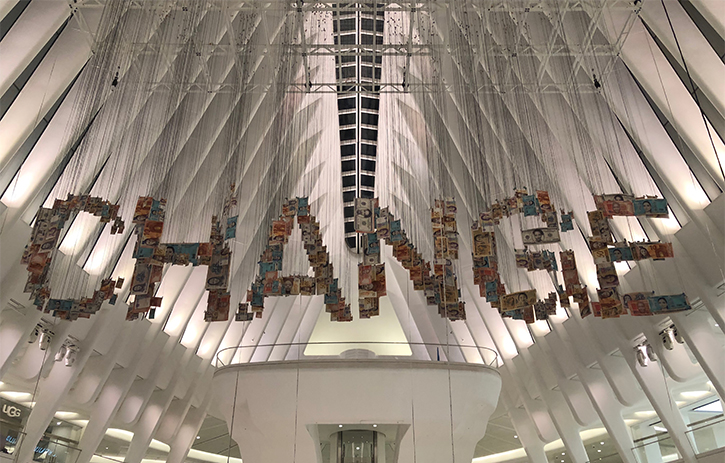 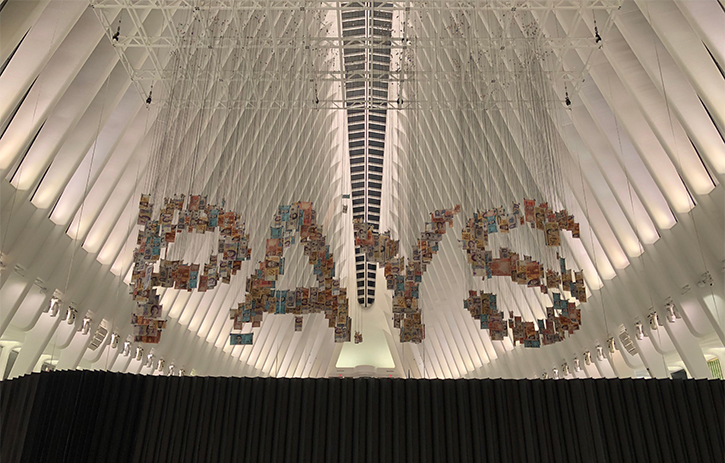 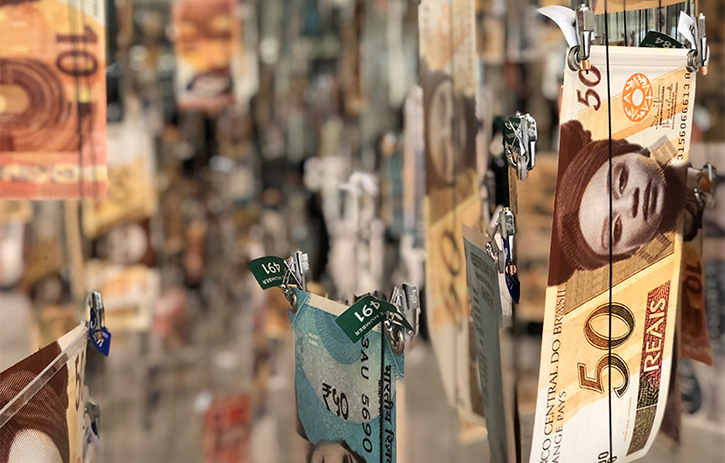 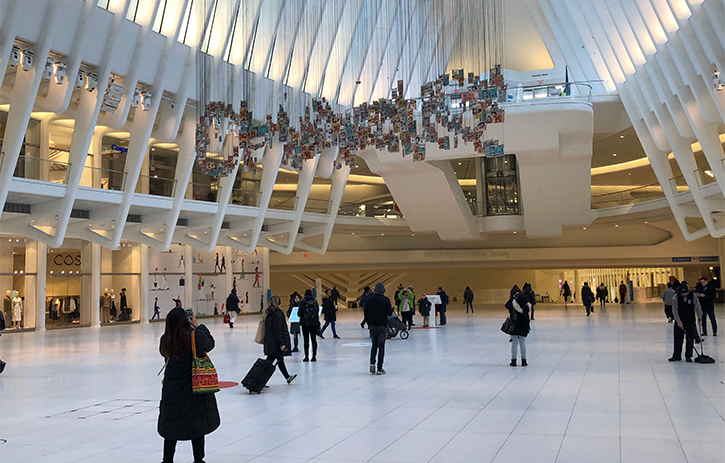 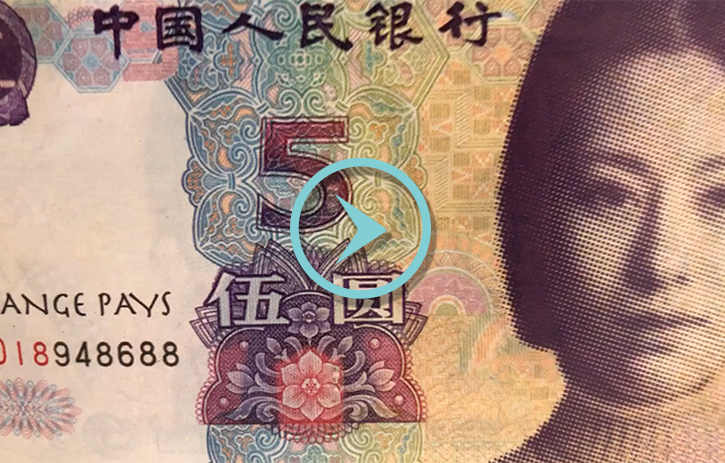 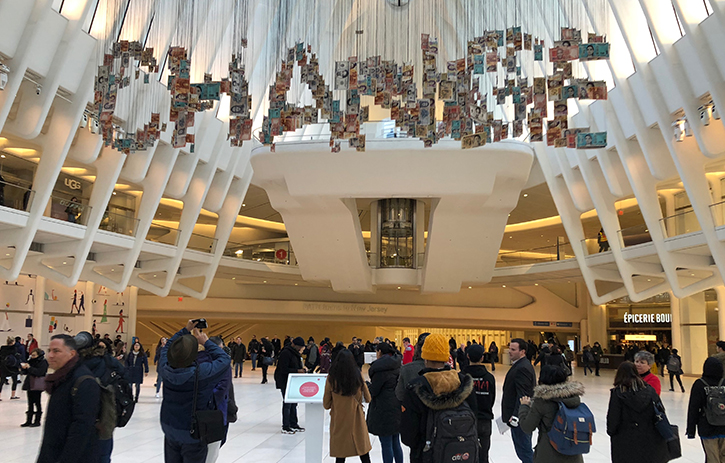 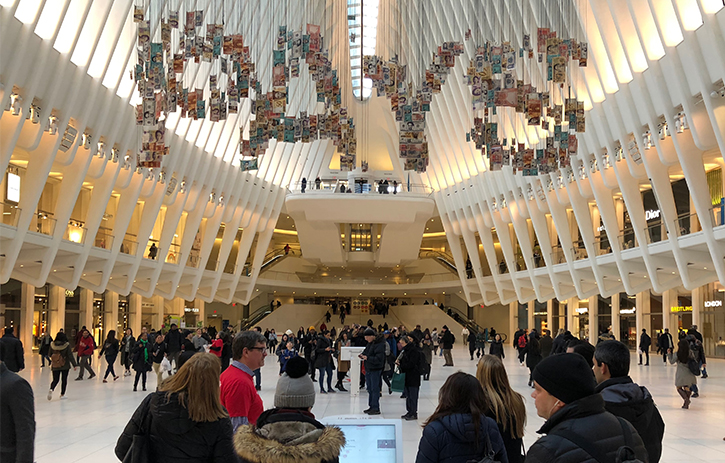 To celebrate International Women’s Day, S&P Global launched its “Change Pays” campaign – an initiative to showcase and inform the public’s perspective on how increasing women’s participation in the workplace has positive effects on the world’s financial markets. The centerpiece of the campaign was a 40 ft. hanging art installation composed of various currencies featuring the faces of women, rigged from the 100 ft. ceiling of One World Trade Center’s transportation hub, the Oculus.

Based on a mind-bending design by perceptual art pioneer Michael Murphy, the ATOMIC Set Construction team fabricated 550 custom banknotes of various sizes and suspended them at precise points in space by 2000 lbs. of truss and 35,000 ft. of aircraft cable. The end result, when seen from afar, gave viewers two different experiences depending on where they stood in the room. Viewed from the east, the hanging bills formed the word CHANGE. Observed from the west, viewers saw the word PAYS. The installation was met with intrigue and delight by an estimated 1.5 million commuters and tourists passing through the hub in the heart of Manhattan’s Financial District.

The project was managed by ATOMIC producer Michael Chico and the Production Services team, who oversaw the production timeline, budget, permits, labor, and venue relations.

The ATOMIC Production Services and Set Construction teams were honored to be a part of such an important campaign and would like to thank our clients S&P Global and ad agency Saatchi & Saatchi. Special thanks to our production partners: Cassidy Rigging, C2, and Local 1.