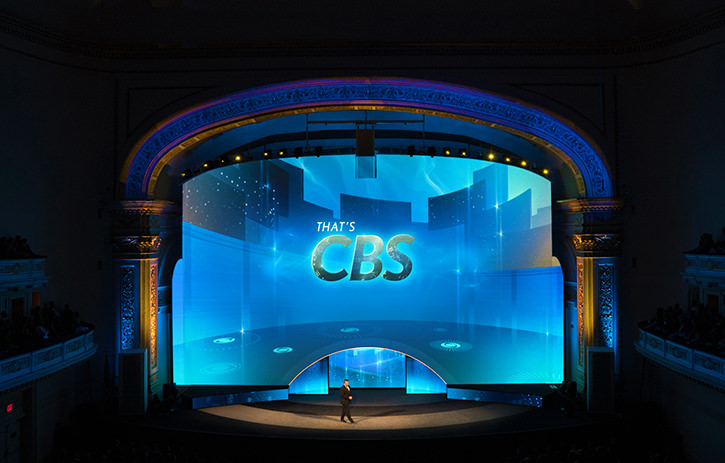 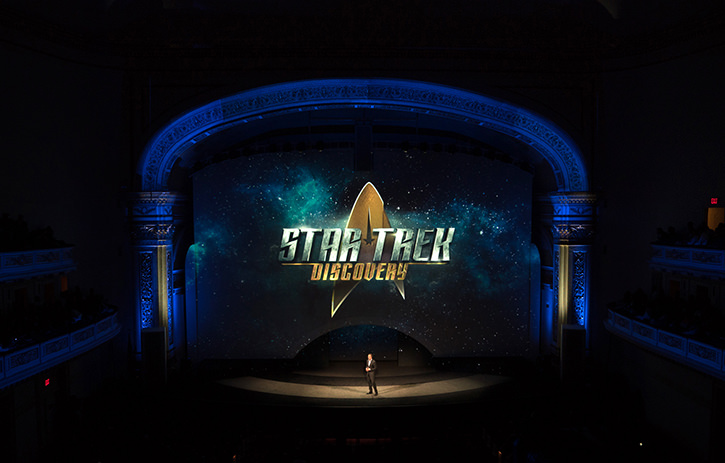 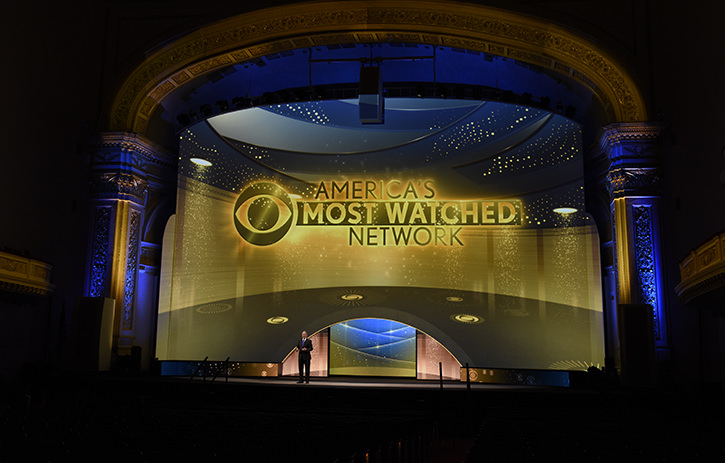 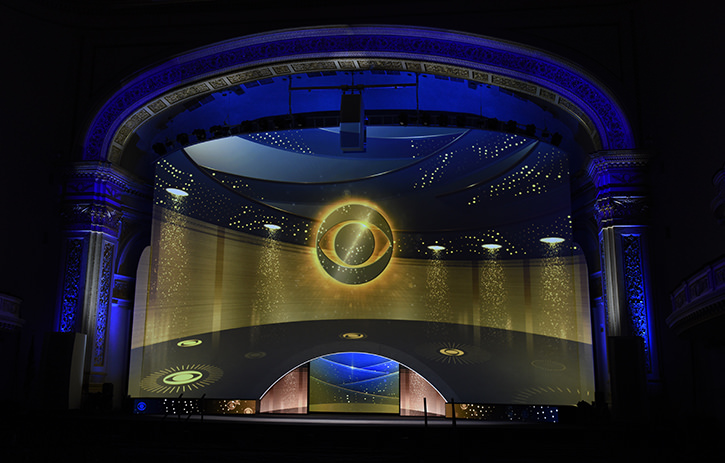 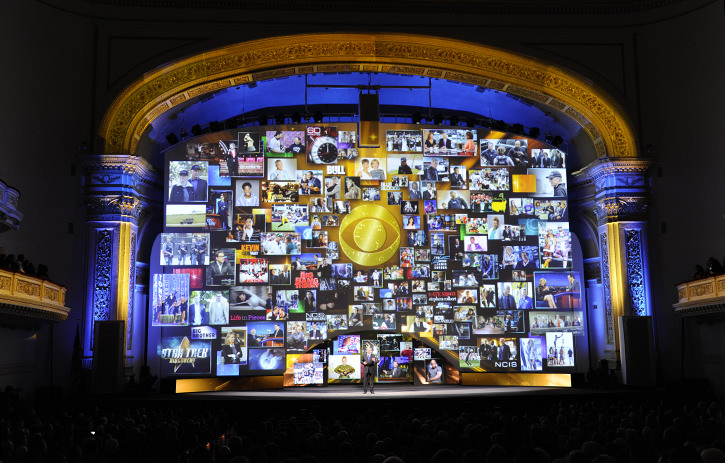 Returning to the stunning Carnegie Hall, CBS once again made a big impact on stage at their yearly Upfront. With near 3,000 guests in attendance, the screen filled the room and WOW’d attendees. For the eleventh year in a row, team ATOMIC was thrilled to provide scenic elements for the 2017 show.

Did you think the 2016 CBS Upfront screen was big? This year, it got 5′ taller. Built from seamless muslin, the striking screen was built at an impressive 60′ wide by 38′ tall. Lighting truss was modified to account for the new height. The center stage mouse hole opening got larger, and included video elements this year. Aside from the gigantic screen, team ATOMIC also built new covers for the ground audio and installed a two tone custom carpet.