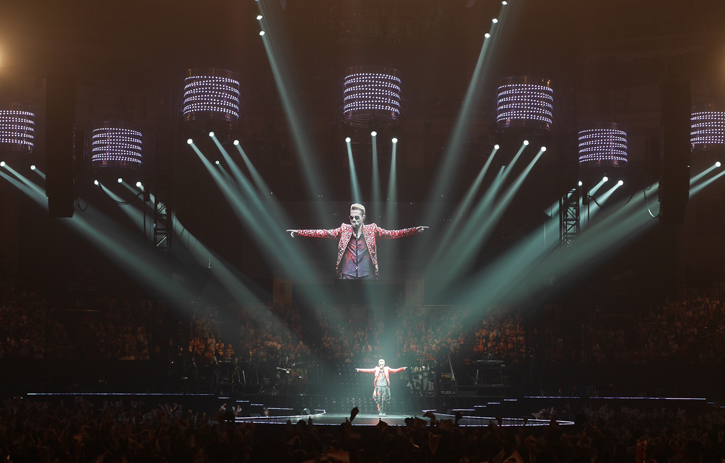 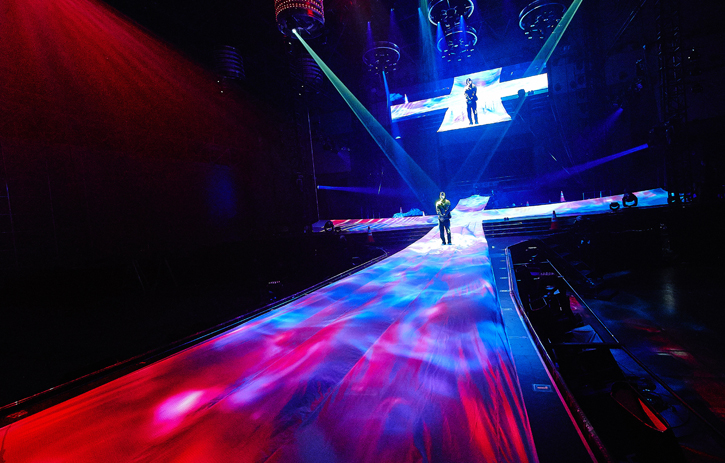 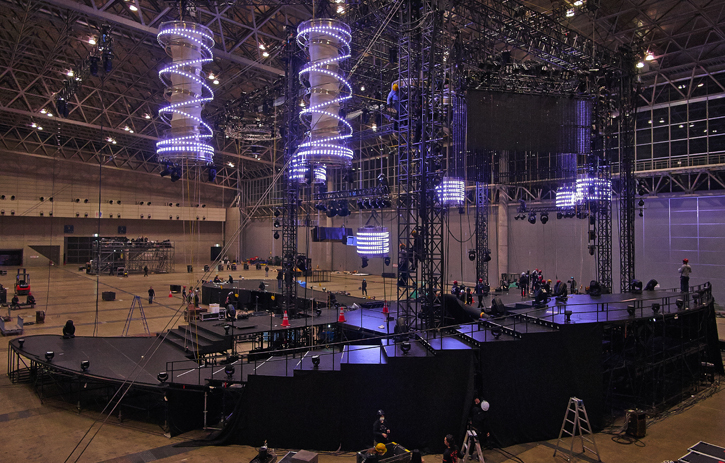 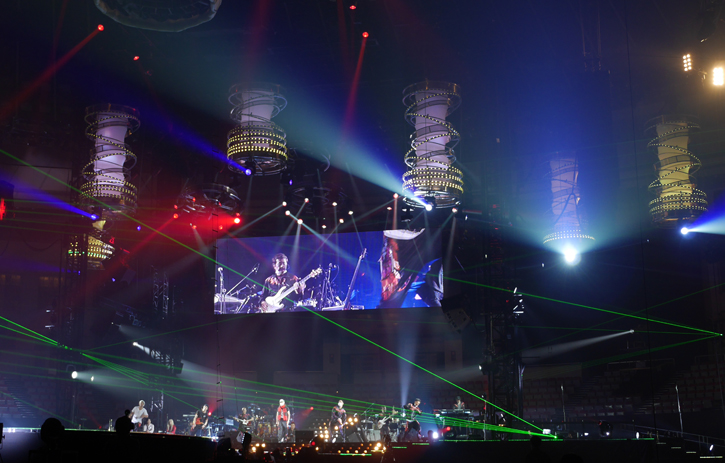 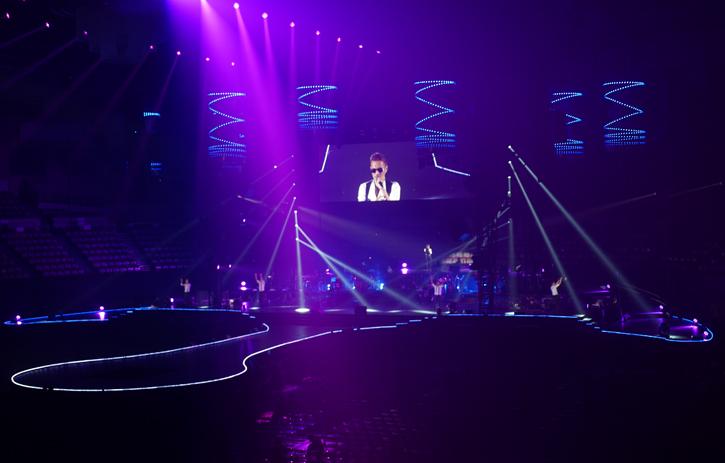 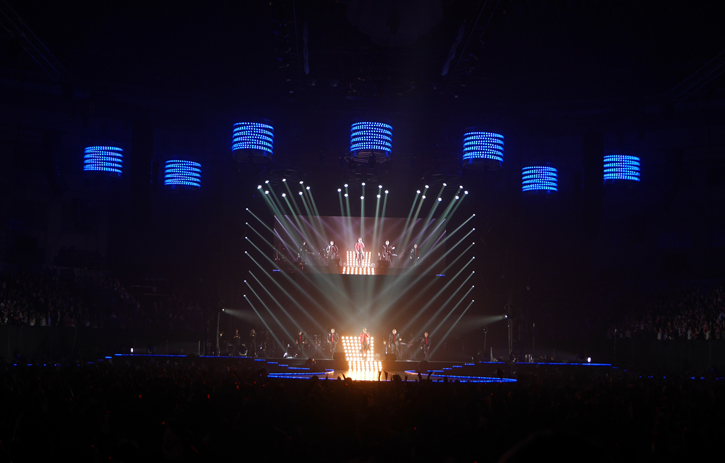 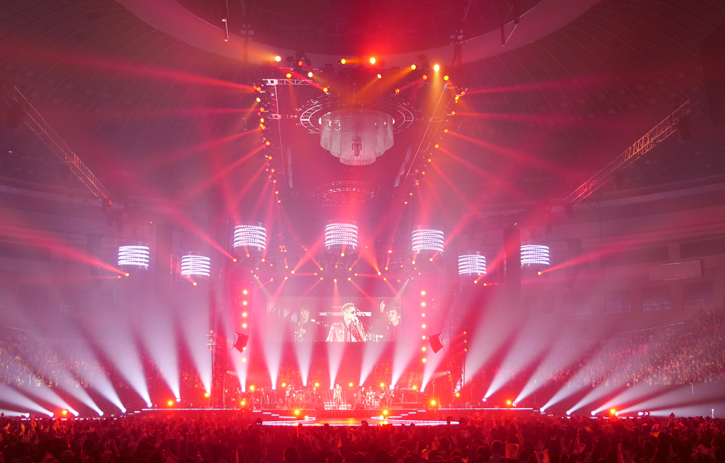 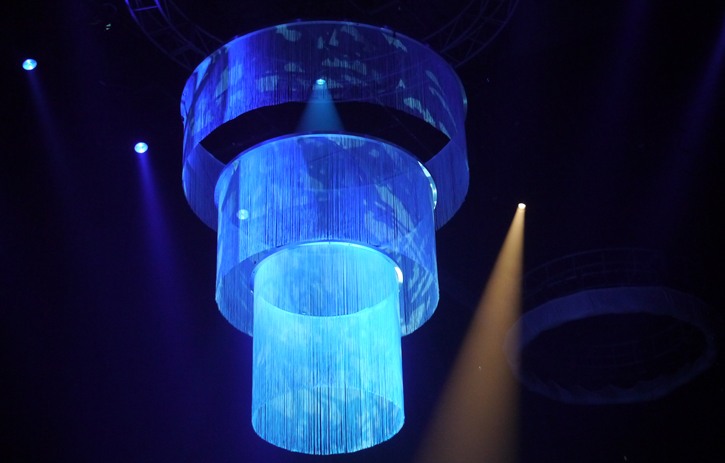 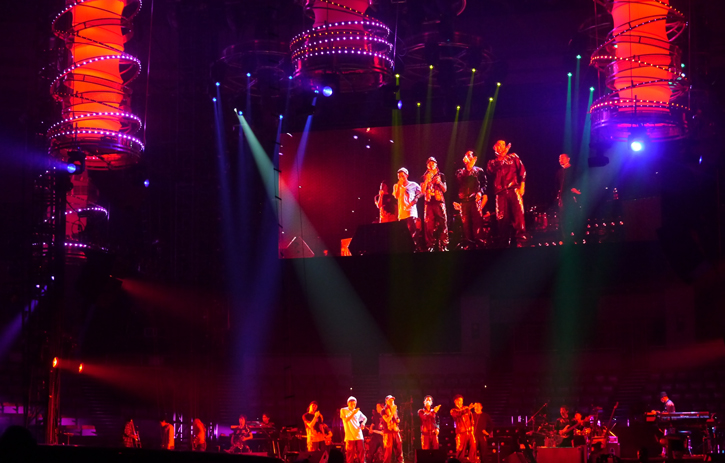 ATOMIC returned to Japan in the spring for a larger-than-life arena tour with popular Top 40 band, Atsushi! Tom McPhillips and his team designed a 360° stage for the ballad-singing, girl-magnet group.

The cross-shaped design allowed the performers to move out and around parts of the crowd during their power-packed performance. Custom-built chandelier rings added an extra WOW factor to the lighting elements of the show, as they telescoped open and closed. With a “tornado” inspired look, the chandeliers added complexity and movement to the lighting on stage.

In addition to designing the stage and custom lighting elements, ATOMIC aided in the layout for projection mapping panels that dropped from the ceiling and then kabuki dropped away. Both the lighting and projection mapping accents were incorporated seamlessly into the stage for a dynamic performance.