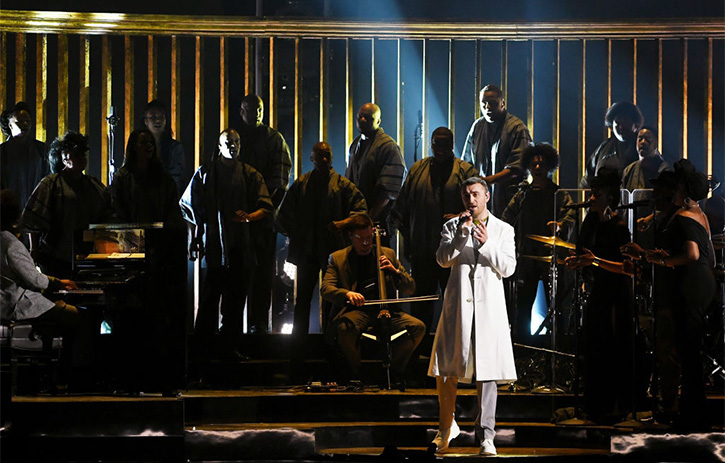 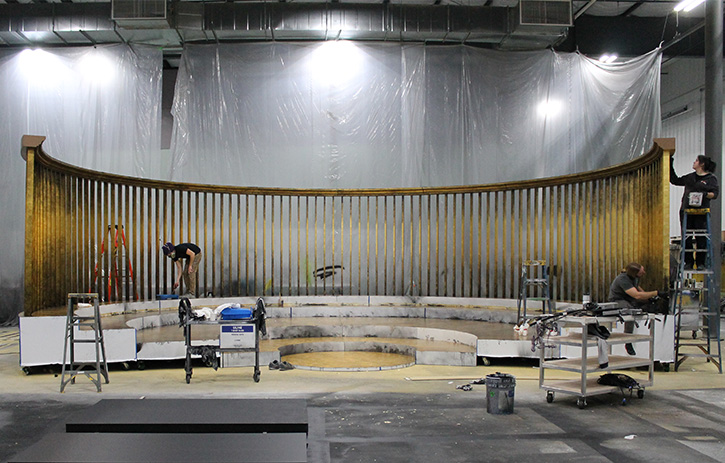 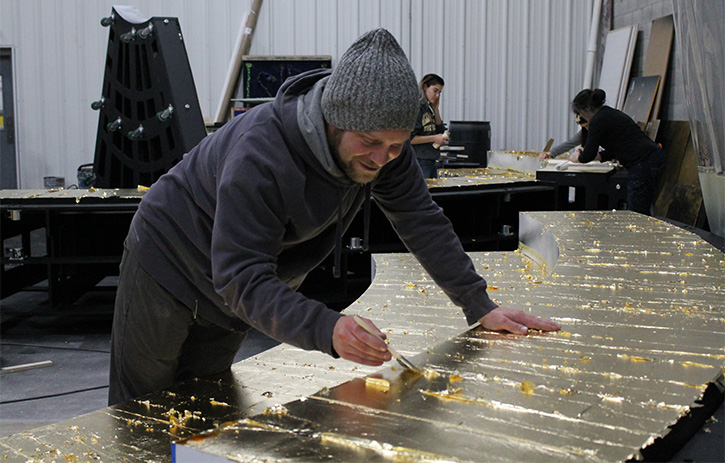 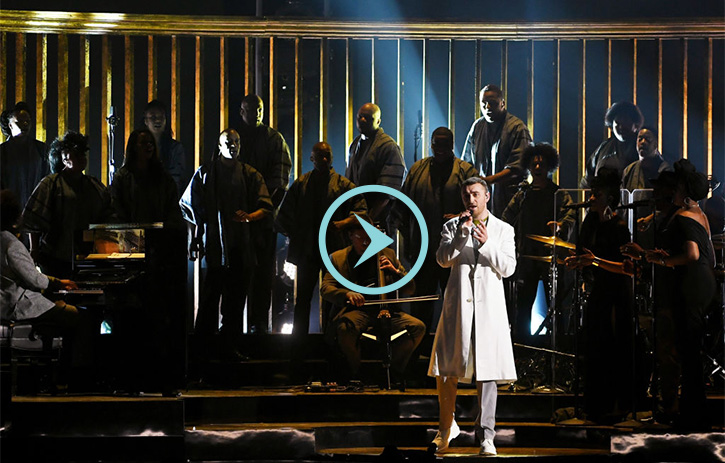 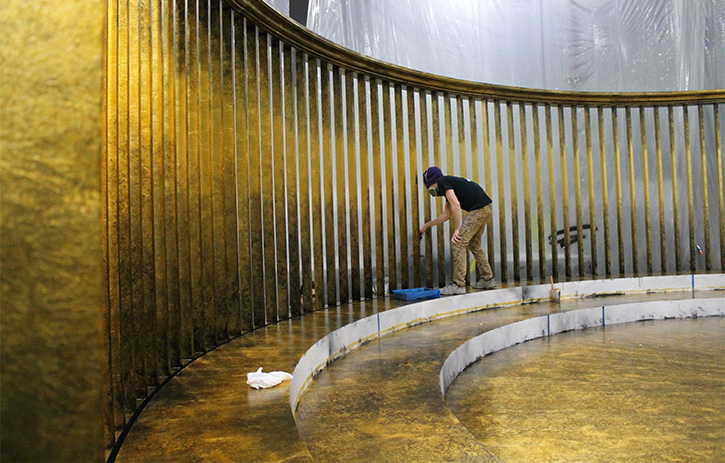 Broadcast live on the CBS Network, the 60th Annual GRAMMY Awards recognized some of the best artists, compositions and recordings. The event featured the much anticipated presentation of awards as well as performances throughout the night by world-famous artists with different stage looks. This year, the ATOMIC Set Construction team was tasked with building a choir stage for Sam Smith’s performance of “Pray” during the main ceremony.

Designed by Jason Sherwood, the ATOMIC-built choir stage featured a scenic gold leaf treatment and integrated LED. The set was built to roll on and off the stage to allow for quick set up and strike during commercial breaks. In both tight and wide shots, the stage made a stunning impact alongside Sam Smith’s beautifully delivered performance (watch it here!).

Our team was thrilled to work on this custom scenic build and had a blast watching it live on television! Special thanks to Kristen Merlino of Paperweight for including us in this fun project!