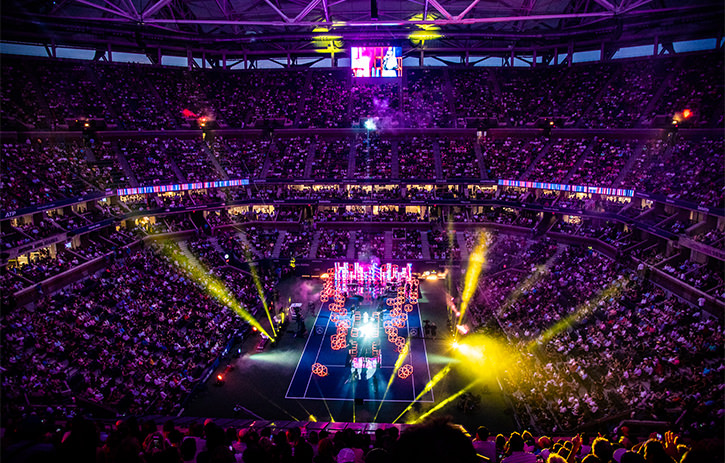 The 2018 US Open Opening Night Ceremony 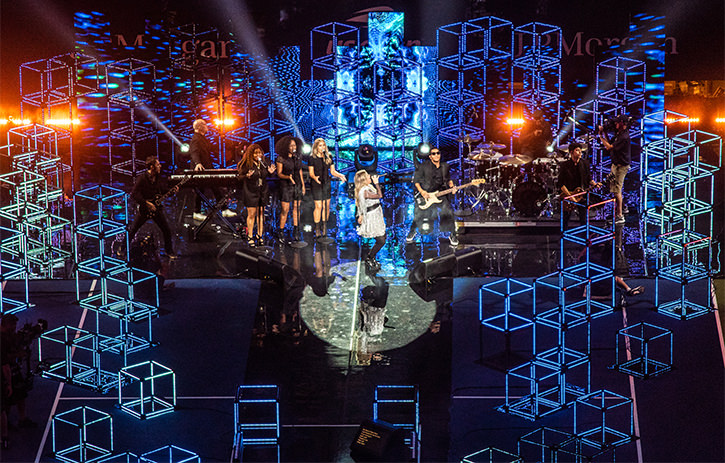 Kelly Clarkson performing at the 2018 US Open Opening Night 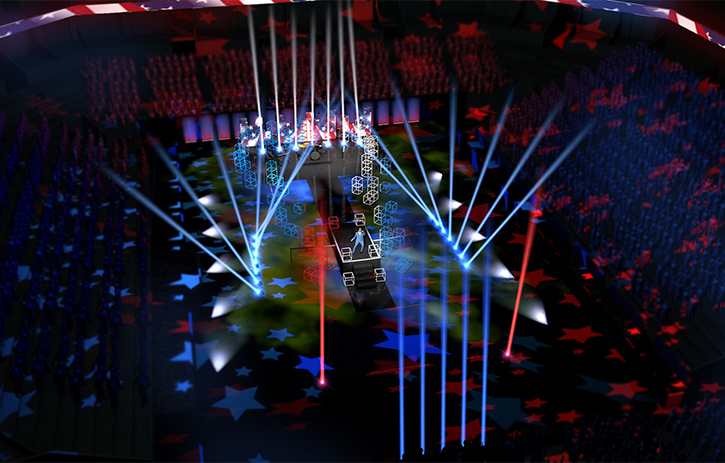 Design Rendering of the 2018 US Open Opening Night

The 2018 US Open brought together the best tennis athletes in the world, filling the event with fans near and far. A 50th anniversary celebration featuring Kelly Clarkson and Maxwell kicked off the event on opening night with a stellar performance.

ATOMIC Designer Taylor Jurell jumped in to create realistic renderings for the client to visualize the look. Knowing last year’s set took Shania Twain up to the net (a USTA Opening Night First), Jurell knew we had to top that for this event to take Kelly Clarkson over the net to the other side of the court to play the full arena in the round. To do this, the ATOMIC Set Construction team built a dynamic staircase that took Clarkson up and over the net, as well as providing a hero moment for her to shine dead center over the net.

With a rectilinear look in 2017, Jurell and the team decided to break up the 2018 set a bit to add visual interest. Staggering the top edge of the upstage LED wall helped with that, as well as bringing the brand-new Sugar Cubes by Symmetry Labs to the set. These lit cubes helped to fill the massive court space in a very quick and unique way which certainly helped with the tight load-out restrictions. The team successfully loaded out the set in a very impressive 5 minutes and 45 seconds, whoa!

Overall it was so much fun kicking off the US Open with the stellar Opening Night Ceremony! ATOMIC was happy to be a part of it and loved working with our awesome client and partners: Producer Michael Fiur (Fiur Productions), Director Ray Roderick, the production team at Overland Entertainment and Lighting Designer Christien Methot.