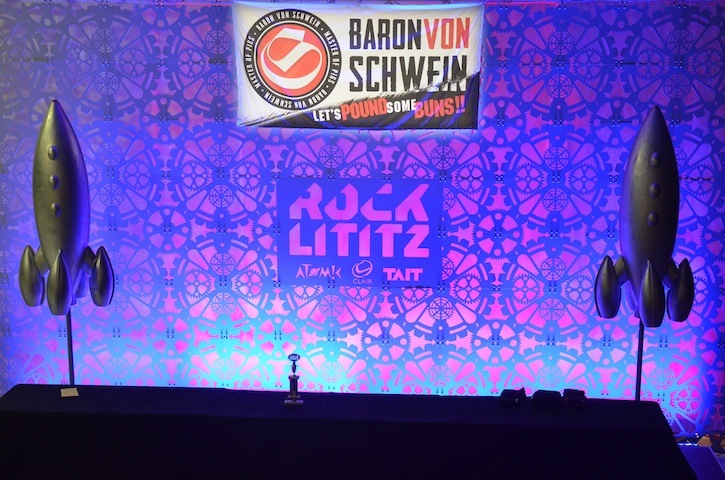 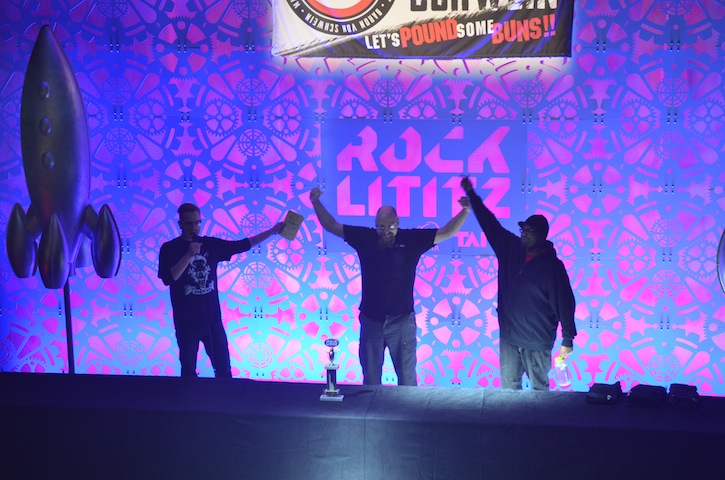 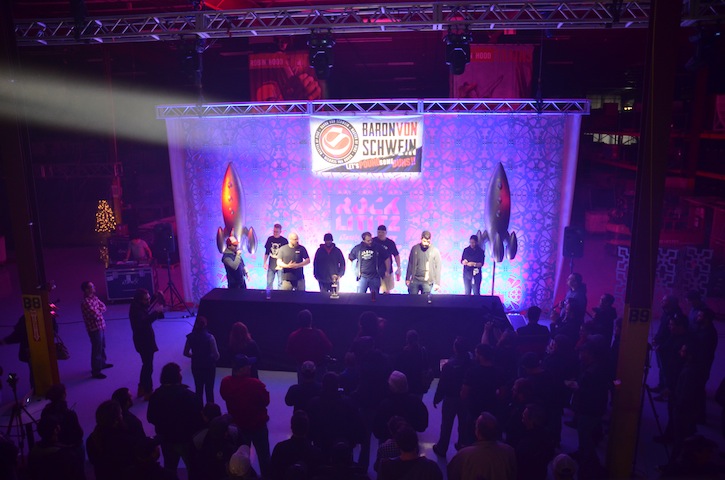 The crowd is ready to watch, the contestants are ready to EAT 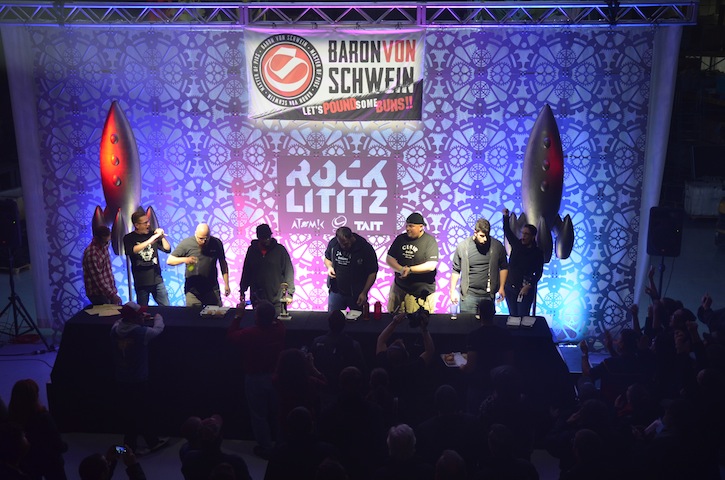 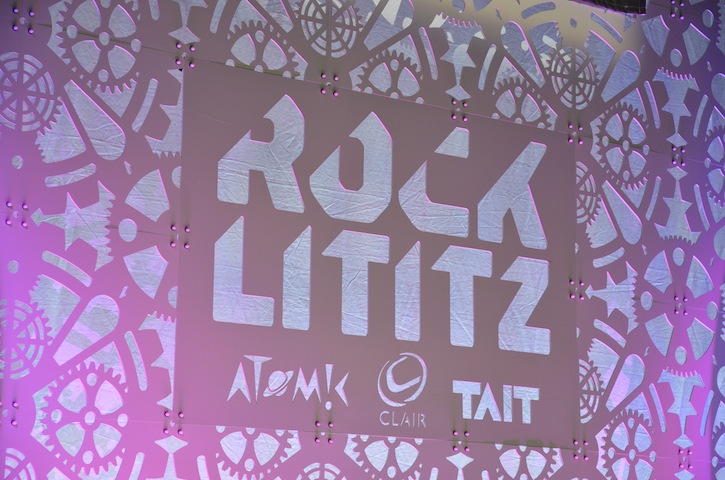 An epic Rock Lititz venture, a throw down between between Atomic, Tait Towers and Clair Global, shook out on a rainy, Friday in December. The Baron Von Schwein Pork Bun Eating Contest was fun for all to watch and very filling for the three contestants including Atomic’s own Todd McDonald. The Atomic team hosted the food eating contest at our Front Street location and put on quite a show! With a stage featuring the new Gearz, custom CNC Rock Lititz SuperLever panel and lighting from our Lighting team, the crowded was WOWed. In the end, Tait Tower’s contestant Emanuel was crowned Pork-bun Eating Champion! He  housed an impressive 13 pork buns in 5 minutes! Rock on!